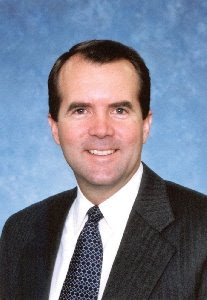 OVERLAND PARK, Kans., July 1 /Christian Newswire/ — Beginning July 1st, Bott Radio Network’s Nebraska flagship station at 88.5 FM now broadcasts with ten times the power from one of the tallest radio towers in the state at 1,250 feet high. This combination provides 100,000 watts of effective coverage all across Southeast Nebraska, including Omaha, Lincoln, Beatrice and Nebraska City at 88.5 FM. This powerful, new signal expands the listening area to cover over 600,000 new people with the power of God’s Word.

BRN will continue to broadcast from three repeater signals in the Omaha area to fill in any locations where there may be interference or terrain obstructions to receiving the main 88.5 FM signal. Those repeater signals are at 93.7 FM in Omaha, 92.7 FM in La Vista, and 102.9 FM in Fremont.

Bott Radio Network built 88.5 FM as KLCV–Lincoln’s Christian Voice–in the summer of 1996 and began broadcasting quality Bible teaching, Christian news, and information radio twenty-four hours a day. For thirteen years BRN has faithfully broadcast to Lincoln at 88.5 FM, and when families in Omaha and Southeast Nebraska asked for expansion into their area, Bott Radio Network responded to their needs. Today, 88.5 FM fills the need with one of the most powerful FM radio voices in the region.

BRN Executive Vice President Rich Bott noted, „For nearly 50 years, Bott Radio Network has served families with Quality Bible Teaching and Christian News and Information. We are excited about expanding our coverage in Omaha, Lincoln, and all across Southeast Nebraska. At 88.5 FM, this new powerful signal will help more people to grow in their faith and to know what’s happening in the world around them, from a Biblical perspective.“

With headquarters in Kansas City, Bott Radio Network is recognized as a national leader in Christian broadcasting. For nearly 50 years, Bott Radio Network has featured America’s finest Bible teachers and Christian news and information programs to help people grow in the Lord and apply their faith in their daily lives. Bott Radio Network stretches across the United States from California to Tennessee, with a focus on the heart of America.

Bott Radio Network is a pioneer in the development of Christian talk radio. Time magazine listed several of BRN’s talk show hosts among the nation’s 25 most influential evangelicals. The listing included Dr. James Dobson, who was inducted into the National Radio Hall of Fame and hosts Focus On The Family– one of the nation’s top-rated talk radio programs; Dr. Richard Land of For Faith & Family–President of the Ethics and Religious Liberty Commission of the Southern Baptist Convention; and attorney and judicial advocate Jay Sekulow, who hosts Jay Sekulow Live from Washington D.C. BRN also features Back to the Bible with Dr. Woodrow Kroll from Lincoln, Nebraska, as well as broadcasts by Billy Graham, Phyllis Schlafly, Chuck Swindoll, June Hunt, Paul Sheppard, Charles Stanley, and many other national Christian leaders.

In 2008, Bott Radio Network’s founder, Dr. Dick Bott, was inducted into the National Religious Broadcasters (NRB) Hall of Fame. The NRB is the world’s largest association of Christian communicators, with over 1,400 member organizations, and the Hall of Fame award is the highest honor the organization confers. This year Bott Radio Network was honored to receive the Network of the Year award from Focus on the Family.

Founded in 1962, Bott Radio Network currently broadcasts its format of Faith-Based Family Talk Radio on 81 outlets reaching into fourteen states with a combined coverage area of nearly 40 million people. It is also heard nationwide over SkyAngel IPTV Channel 202, and worldwide via the iPhone, and on the Internet at www.bottradionetwork.com.

For a BRN National Coverage Map, go to
www.bottradionetwork.com/wp- content/uploads/HeartofAmericaBRN_Map_Jul09.pdf