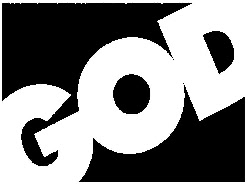 MEDIA ADVISORY, July 6 /Christian Newswire/ — Each year, the Hillsong Conference brings world-renowned speakers and worship leaders together for one of Australia’s largest and most influential Christian events. This year Joel Osteen will be featured at Hillsong for the first time and GOD TV will once again broadcast the conference worldwide for five days from July 8-12

The pastor of Lakewood Church in Houston, Texas, with more than 40 000 people regularly attending services, Joel is committed to bringing a message of hope to the world and helping people achieve their potential. He will be featured direct from the Acer Arena in Sydney on Friday July 10 at 7.30pm (Eastern) along with his wife, Victoria, and the Lakewood ministry team.

Joel Osteen’s weekly half-hour program ‚Joel‘ is already part of GOD TV’s international line-up of programming, but this is the first time he will be appearing ‚LIVE‘ on the network.

Designed to champion the cause of the local church, Hillsong Conference is hosted by Hillsong pastors, Brian & Bobbie Houston. The Conference attracts about 25,000 delegates from different countries, with some 5,000 volunteers. Many more will be able to participate through GOD TV this week as the network relays the messages in prime time viewing.

* Wednesday July 8 at 9pm – Craig Groeschel, the pastor of LifeChurch.tv, who is known for his creative and relevant Bible teaching;

* Thursday July 9 at 10pm – Jentezen Franklin, pastor of Free Chapel in Gainesville, GA and Irvine, CA, which has been named as one of the top 30 churches in America.

* Saturday July 11 at 7.30pm – Brian Houston, who has a passion to see the local church rise up and present the Gospel with relevance; and

* Sunday July 12 at 8pm – Louie Giglio, who is the director of Passion Conferences, a movement calling for students around the world to live lives that reflect their Creator.

Praise and worship will be led by the Darlene Zschech, Joel Houston and the Hillsong music team and special guest, Chris Tomlin, who is best known for the song, ‚How Great is our God‘.

„Hillsong Church has touched the hearts of so many people through anointed music and a word in season and it’s always a privilege for us to share their inspirational songs and challenging messages with our viewers worldwide,“ said GOD TV’s director of television, Wendy Alec. „Hillsong Conference is one of the highlights of our LIVE programming at GOD TV and I encourage viewers to tune in for all five nights!“

GOD TV can be accessed via channel 365 of DIRECTV throughout the USA as well as via select cable outlets or online at www.god.tv/stream. The Hillsong 2009 Conference will also be made available for video on demand viewing at www.god.tv/god.

About GOD TV: GOD TV was founded in the UK in 1995 by Christian media pioneers Rory & Wendy Alec and in 13 short years has become a global phenomenon. Today the network beams a broad cross section of cutting-edge programs, including many life-changing LIVE broadcasts, into millions of homes worldwide. The only Christian broadcaster to transmit globally from Jerusalem, GOD TV’s powerful signal is carried via multiple satellites providing free viewing to almost half a billion people 24-hours-a-day. In the USA, GOD TV can be viewed on DIRECTV channel 365 as well as on select cable channels. It can also be viewed online at www.god.tv/stream and via VOD at www.god.tv/god. The network has offices in Washington, DC and Orlando, Florida and Kansas City, Missouri. Other offices are situated in Europe, Africa and Asia. In addition to its vast media outreach, GOD TV also helps people in charitable ways by supporting feeding schemes, orphanages, water drilling projects and disaster relief funds.