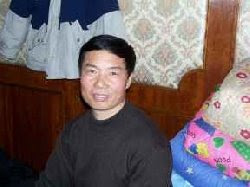 ChinaAid, together with 18 released house church leaders, express heartfelt gratitude to those whose prayers and phone calls led to their release.