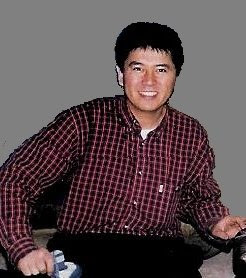 XINJIANG, China, April 2 /Christian Newswire/ — Uyghur Christian, Alimujiang Yimiti, who has been arbitrarily detained at Kashgar, Xinjiang detention center for more than one year, was seen Tuesday morning around 10 a.m. (local time) at Nongsanshi (Military Farm) Hospital in Kashgar. His hands were bound and he was observed being roughly escorted by police and a prison doctor while repeatedly crying out to onlookers in Chinese, „I’m sick. Tell my lawyer to come quickly to see me.“

Mr. Alimjiang’s attorney, Mr. Li Dunyong, has inquired of the People’s Prosecutor for a report of the incident. The Prosecutor replied that they would investigate the incident and give a report April 2nd. His attorney has also confirmed that Alimujiang’s case is in the hands of the (Communist) Political Legal Commission of Kashgar.

Attorney, Li Dunyong, visited Alimujiang at the prison last week and reported that he was in good health and good spirits. His attorney also reported that Alimujiang was selected as the head of his prison cell (Lao Tou), but is worried about his wife and children and their Christian faith. After receiving this message from her husband through his attorney, Alimujiang’s wife, Guli Nuer, expressed that she and their two young children are proud of Alimujiang and remain more firm in their faith than ever.

On September 12, 2008, the UN Working Group on Arbitrary Detention issued Opinion No. 29/2008 regarding Alimujiang Yimiti’s arbitrary detention for more than one year. At the conclusion of the Opinion, the Working Group stated:

„The deprivation of liberty of Mr. Alimujiang Yimiti (Alimjan Yimit in Uyghur) is arbitrary, being in contravention of articles 7, 9, 10, 11 (1), 12 … of the Universal Declaration of Human Rights … Consequent upon the Opinion rendered, the Working Group requests the Government of the People’s Republic of China to take the necessary steps to remedy the situation of the above mentioned person and to bring it into conformity with the standards and principles set forth in the Universal Declaration of Human Rights.“ Read the full UN document.

Send a polite letter urging the UN to hold the Chinese government accountable for the arbitrary detention of Alimujiang Yimiti and enforce Opinion No. 29/2008 of the UN Working Group on Arbitrary Detention:

Office of the High Commissioner for Human Rights: InfoDesk@ohcr.org

Petitions Team for the Office of the High Commissioner for Human Rights tb- petitions@ohchr.org

Office of the Spokesman for the UN Secretary- General: inquiries@un.org

For specific information regarding making international calls to China, sample text to fax and other resources to help you speak out, please click here.

Read the Complaint Statement to Kashi District People’s Court on the Detention of Alimujiang Yimiti Beyond the Legally Prescribed Time Limits.